Putting together your own betting model can be beneficial to your betting game. However, hours upon hours of hard graft in trying to ‘crack the code’ of your chosen sport or league doesn’t necessarily guarantee success. Half the thrill is in the chase though, right? Read on for all the essentials in how to go about building your own betting model. 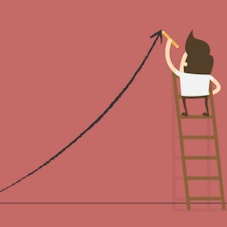 What is a betting model?

A betting model is an independent point of reference from which you can determine the probability of an outcome in a chosen match. Through the use of statistics, spreadsheets and databases, the model should bring a more accurate picture of a team’s potential or ‘form’ than the odds given by bookmakers.

If you’re able to recognise value in any given betting market that others may not, then you’re halfway towards owning a fully functioning model which serves its purpose, though, as has been mentioned, there is no guarantee it will work!

A betting model allows for a strong vantage point from where you can judge the probability of different outcomes from the information you have accrued. And if you manage to construct your model down to a tee then, technically speaking, you should be able to assess the likelihood of a match or event better than the betting companies manage to do.

For an individual alone to get to such a stage is by no means impossible. Having said that you’re unlikely to have much time to do anything else. You see, building your own betting model requires countless hours of dedication to not only collect the statistical data but also implement it successfully into your system. The big-name bookmakers have numerous employees working from large databases on a daily basis which gives an insight into the scale of the job.

However, if can overcome the initial difficulties in getting started, you’ll be pleasantly surprised with how often your specific betting model can identify value in the market which can only enhance the opportunity for success in the long run.

How to build a sports betting model

There’s no exact science to building your own betting model. Some may be fortunate in being able to set up a fully functioning model at the first time of asking. For others, it may be case of learning from mistakes and starting from scratch a few times.

We’ve identified the six key steps you should follow in order to get your betting model underway.

6 steps to building a betting model

1, Determine the specific market for your model

If you can nail this first point, then you stand to save a whole load of time. You’ll be surprised with how many people fail to grasp the idea behind creating a betting model in the first place. So, take moment to ask yourself of your exact intentions and what it is you’re trying to achieve. Without knowing this your model doesn’t stand much chance of taking off.

For instance, the aim of your model is to ascertain the games in Italy’s Serie A which finish Over or Under the 2.5 goal line.

Firstly, you have a specific league (Serie A) to collect data from, as well as a particular market (Over/Under 2.5 goals) that will form the basis of the data.

Here, you’ve honed in on where you will collect your information and what exactly you aim to use your model for – the focus is clear and so an accurate model can be made.

Stick to what you know! In other words make sure you know the sport and the league central to your betting model, inside out. Otherwise, you’ll struggle to assess the performance of the participants within your chosen league or sport which isn’t ideal. We all tend to know more about certain leagues than others and bet on particular teams so if you even if you’re struggling to think of a league you know more about, pick the league you enjoy most. The main point is to have a focus and stick with it.

As a general rule of thumb though, it’s best to steer clear of the more obscure leagues, at least for your first betting model. A bettor having joy in a lesser known league is more likely to be picked up on by bookmakers who will move to limit the winnable amounts or even close the account all together – somebody having superior knowledge just doesn’t sit well with the bookies!

We’d also point you in the direction of the major markets. Although it’s more difficult to attain as good odds, you stand less chance of being identified as a successful bettor, compared to a smaller market where somebody making a stack of money will stand out like a sore thumb.

Examples of markets to opt for

2, Outline the specifics of the data

Which statistics will your model be based on exactly? Referring back to the example used will you look primarily at Serie A games or include cup games also? How will you address the issue of injuries/suspensions on a team’s performance? Will you decide to consider results from the season before as an important stat?

These are just some of the matters that have to be addressed first off but they’ll be so many more in need of being ironed out before you can be sure to begin. It’s difficult to comment on what is right and what is not. Most importantly you need to strike up clear and strict guidelines from which you can draw dependable results from.

There’s no point in the model if the rules are to be modified after each week. Not only will you have an inaccurate and unreliable betting model producing a set of inconsistent results, you’ll be wasting a lot of time and effort.

The more the merrier in terms of how much to collect; you can always get rid of what’s not needed at a later stage. But if there’s not enough to work with in the first place, it’ll be difficult to construe such accurate and in-depth results so bare this in mind.

Also important to think about is how you will go about collecting the information required. Of course, you can gather your own by keeping track of the games yourself. There is however a wide range of accurate and detailed statistics available on the internet. So long as the site is established and can be trusted then this is a viable option. This said, get into the habit of double checking any set of stats you find online rather than just taking them as gospel – errors are made and you’ll kick yourself more if your betting model becomes unusable due to a mistake made by somebody else.

To avoid this potential problem, access to statistics collected by professionals can be purchased from some websites. Regardless of which way you choose to go though, there’s no getting away from the fact that gathering statistics takes time. Yet, it’s probably the most important building block in the process so make sure it is carried out correctly.

A common issue in betting is the number of anomalies within sport which can dramatically alter the way you would have perceived the game to go under normal circumstances. In which case it’s essential to make clear when the model is useful, and when it’s deemed not worthy of consideration.

For example, your betting model indicates that there is value in backing the league match between Juventus and Inter Milan to feature Over 2.5 goals at even odds (2.00). However, the odds appear on the high side due to the absence of Cristiano Ronaldo for Juventus. The data you’ve entered into your model relies on Juve fielding their strongest XI which, in turn, makes it hard to measure the predicted performance of the team against the odds given.

Examples of external factors to evaluate

5, Building your model and entering data

Be it full-time results or the amount of goals scored by a team between the 46th and 60th minute of a match, you will have data to enter into your betting model by this stage. How quickly you go about doing this will depend on whether you’re a computer whizz or have knowledge of any of the following programs:

If you happen to fall into the latter category, then we’d recommend starting easy by using Excel which can be self-taught if need be through one of many online tutorials available. The same is true of probability theory which is worth reading up to make full use of the information generated from your betting model.

And now for the fun part. Initially, it’s a good idea to review and analyse your model using historical odds from matches played recently - it’s essential you do this to fully establish how sensitive your model is to the results. After doing so, you should be ready to test the model for real though it’s best to err on the side of caution and keep an eye out for any weaknesses that may need adjusting in the beginning.

An important note to consider of any betting model you create is its reliability – it will never be 100% complete regardless of how much time is spent on it. Fine adjustments are always needed in order to keep it in line with what’s happening in the present market with as much time and effort spent building the betting model needed to maintain it and ensure it serves its overall purpose in giving you an edge against the bookmakers.

Betting on the winner

Alternative betting markets than the winner

10 tips for turning a profit

How does a welcome bonus work?

Getting better at betting

What is bankroll management?

Asian Handicap - what is it and how does it work?

How a betting exchange works in practice

What is a betting spreadsheet? Organise and manage your betting

How does live-betting work?

How does cash out work?

What are sure bets?

Importance of beating the closing odds