How does it work?

The UEFA Nations League has got a fair few people scratching their heads - and quite rightly so. But don’t fret, we’re here to set the record straight about international football’s groundbreaking tournament.

Why has UEFA created the Nations League?

The 55 European national sides that belong to UEFA are organised into 4 separate leagues. Taking a distinctive departure from the previous format of qualifying, each league reflects the strength of sides according to their FIFA ranking that was set in November 2017 ahead of the draw.

League A will feature Europe’s strongest sides such as France, Germany and England, while at the other end of the spectrum, League D contains some of the weaker teams such as Azerbaijan, San Marino, and newcomers Kosovo. By matching teams up to more worthy counterparts it will serve to create a much more competitive tournament and environment for everyone. Gone are the days when the likes of Luxembourg’s semi-pro bank managers would get trounced by Europe’s elite multi-million stars.

See the “UEFA Nations Leagues Group” page for a more in depth look at where every team is placed and the various round of fixtures.

But doesn’t it serve to keep the elite and top and minnows at the bottom - how will teams ever improve if they can only play opposition that’s matched according to their current ranking ability? A lot of people have asked that very question, but UEFA has that figured out, and that’s where the league system comes into play.

Managers can no longer afford to field weakened sides

It might not be so obvious now with the inaugural UEFA Nations League 2018/19 tournament underway, but just like the domestic football league system, the UEFA Nations League will employ the same nerve wracking aspects of a promotion/relegation system. This is where the competition really starts to get interesting for us football fans.

Each group winner is automatically promoted to the higher division (in the case of Leagues B, C and D) for the next UEFA Nations League tournament in 2 years time which will directly impact qualifying for World Cup 2022.

The same principle follows for relegation. Each team that finishes last in their group will be relegated into the league below. The only exception is League D, where no relegation can occur.

But how competitive will it really be?

To be honest, we simply don’t know yet. But you can be sure the way the group stage is designed that it’s likely to bring out the best each team has to offer. Now every game matters. With promotion, relegation and qualification at stake, managers can no longer afford to field weakened sides. On top of the that with only 3 or 4 teams in each group, and only a small number of games to play, national sides will have to hit the ground running or risk falling by the wayside.

If teams finish bottom of their group and get relegated to a lower league in 2 years time, they’ll have a much harder time qualifying for the corresponding major tournament immediately after it

Only teams from the League A, Europe’s top tier have a chance at winning the highly coveted UEFA Nations League title. The winners of each of the 4 League A groups will enter into a short knockout round of two semi-finals, a third place playoff and a final, which will take place in June 2019. The exact dates and the venues for the matches have yet to be decided.

But isn’t it unfair that only the elite teams from League A get a chance to take home the trophy? No, not really. Like we said before, this is a league. If teams perform consistently well over time and earn promotion to League A, then they’ll get their shot at the title.

While the promotion and relegation system will have a direct impact on which league you will be placed in for the next round of the UEFA Nations League in two years time, the mini knockout tournament contested by the top 4 League A winning groups will ensure all 4 teams go into the European Qualifiers as top seeded/ranked teams. Winning the tournament is simply for prestige.

The draw for the European Championship Qualifiers will held in Dublin on the 2 December 2018.

The European Championship qualifiers, taking place from March to November 2019, will only decide 20 of the 24 teams going to Euro 2020. The remaining spots will be decided by play-offs between the top ranked teams from UEFA Nations League groups who have not already qualified. 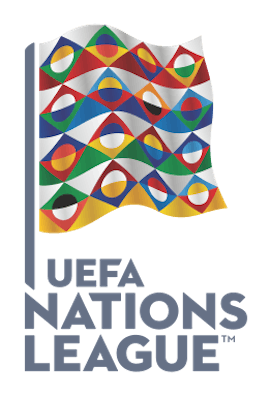