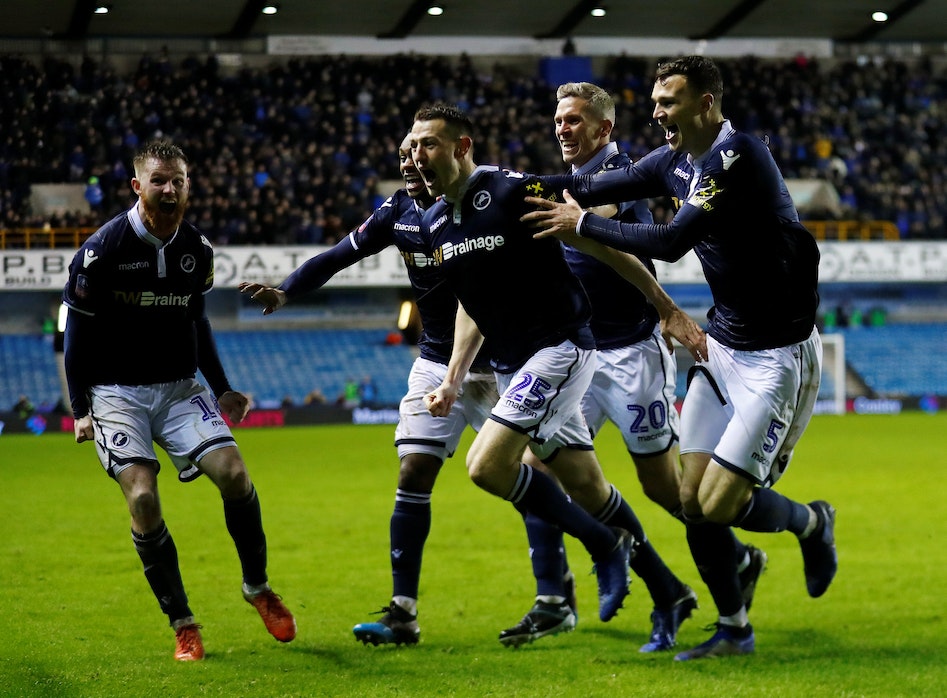 736 teams entered the 2018/19 FA Cup and now we're down to the last eight. Here's a round-up of the best odds for each of the weekend quarter-finals.

Can the Hornets gain revenge on Palace for knocking them out at the semi-final stage three years ago? The bookies seem to think so with Watford priced as favourites in the first of the quarter final match-ups this weekend.

Javi Gracia, already winning plaudits for having Watford in contention for their best ever Premier League finish, has guided his side to this stage without conceding a single goal seeing off Woking, Newcastle and QPR along the way.

Of all the achievements on Roy Hodgson’s CV, a FA Cup semi-final isn’t one of them but he’ll believe his side are in with a shout given recent form on the road. Three successive wins in league and cup has produced nine goals with Wilfried Zaha experiencing a revival in form. Will the Eagles get the better of Watford again?

Watford vs. Crystal Palace: Best of the odds

Graham Potter, plying his trade in the Swedish Allsvenskan with Östersund this time last year, isn’t a stranger to the odd upset or two. But there’s next to no chance of Potter conjuring up any magic at the Liberty. Not with Pep Guardiola’s Quadruple chasing Manchester City coming to town. The Swans are understandably massive 28/1 outsiders.

The game could see Phil Foden handed a rare start after his cameo role against Schalke ended with a nicely taken goal. Regardless of the side that takes to the field in Wales you can bank on it being too good for the hosts who will be intent on keeping the scoreline respectable at best. Easier said than done though, the Carabao Cup winners have racked up a mammoth 16 goals in the competition already.

Swansea vs. Man City: Best of the odds

No sooner were people tipping Wolves for the cup they drew a resurgent Man United out of the hat. But this won’t deter them, not even if the bookies have them as 12/5 underdogs for this Saturday night clash. Nuno’s men have already dumped Liverpool out and will be relishing the chance to reach the last four for the first time in over 20 years in front of a sold out Molineux.

United suffered their first domestic blip under Ole Gunnar last weekend and it will be interesting to see how they respond. Having been ‘rewarded’ for their efforts in the Champions League with a tie against mighty Barcelona, this is realistically United’s only chance of lifting some silverware.

They’d be worthy winners having already come through two tricky assignments at Arsenal and Chelsea. Can Ole steer them to another Wembley appearance?

Wolves vs. Man United: Best of the odds

After navigating their way through to this stage following wins over Hull, AFC Wimbledon and most memorably, Everton, Neil Harris asked for nothing more than a home tie to look forward to. His wish was granted and he’ll be plotting yet another cup giantkilling and looking to add Brighton to a list of scalps which in recent years has seen Millwall also beat Bournemouth, Leicester and Watford.

Despite lifting the cup twice in his playing days with Spurs, it’s difficult to tell if Chris Hughton wants to be at this stage of the grand old competition at all. The Seagulls boss, as he has through the rounds, looks set to continue with the trend of naming an understrength side and has made it clear Premier League survival comes above all else, including a cup winners medal. This said, they’re still being backed by the bookies at a shade over evens to make the last four. Sorry Chris!

Millwall vs. Brighton: Best of the odds