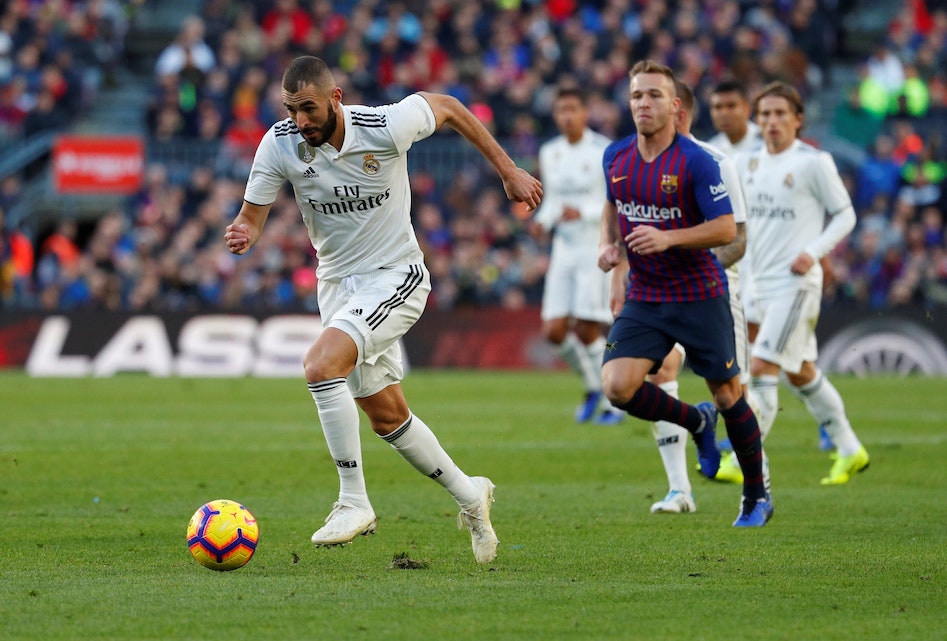 After a cagey first match that ended 1-1, Barca now travel to the Santiago Bernabéu for the Copa del Rey semi-final second leg.

Gareth Bale will start on the bench

Real Madrid host Barcelona in the second-leg of this semi-final Copa Del Rey clash. The first leg at the Camp Nou ended 1-1. The winner of this match will play either Real Betis or Valencia who drew 2-2 in their first Semi-final leg.

It will be the first of two Clasicos taking place this week.

The two heavyweights will meet again in La Liga on Saturday. Barcelona currently top the table with 57 points compared to Real Madrid who are third, behind arch-rivals Atlético, with 48 points.

Barca tore Real apart back in September, beating them 5-1 bit since then Julen Lopetegio has been sacked and Real Madrid have shown signs of improvement. However, they head into this game off the back of a narrow win against Levante and a loss at home to Girona.

Barca on the other hand head into this match having beaten Sevilla 2-4 over the weekend. Messi looked back to his best with a hat-trick:

Barcelona will also be bouyed by the full return of Umtiti who has just returned after three months out with a knee injury.

It is expected that after Marcelo's poor showing in their first semi-final leg, Solari will opt for Reguilón at left-back.

Gareth Bale, has appeared unhappy over the past few matches. He failed to celebrate his goal against Levante and is expected to start on the bench.

Dembélé will start ahead of Philippe Coutinho on the left hand side.