A massive presence on the British high street, Betfred offer UK customers a premium betting experience that's nothing to balk at. All the big matches, big events are covered for sure but it's the day to day odds that really get us going. Whether you're a football fan or in it for the races, Betfred have a packed sportsbook. 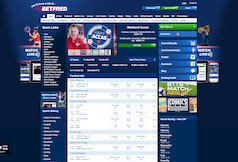 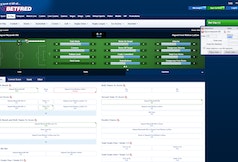 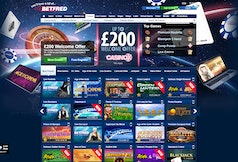 Betfred began life a single shop in Salford and have climbed to be one of the biggest bookies on the market. Since those early days, Betfred has built up a strong and competent presence on the web.

Betfred is probably most well known for horse racing betting, but it also offers a wide variety of sports betting, as well as poker, casino and even bingo. Their variety alone sells it for us, and with Betfred they have pretty much anything you can think to bet on.

Fundamentally as a British bookie they have a large focus on British sports which can appeal to football, rugby, cricket and golf fans alike. However, it’s also possible to bet on the bigger foreign leagues and multinational tournaments around with the world with Betfred.

We have to admit that their website is the most attractive betting site on the market but for many aesthetics aren’t the most important. As far as looks go it’s really up to you what you want to get out of your betting experience. Functionally, the site works perfectly.

In addition to a well functioning site they have a great app for your mobile devices which is user friendly and available on both Android and iPhone platforms.

Betfred are a strong contender for one of the best customer service that bookies have to offer and on their website they have 24-hour a day live chat function should you have any issues you need resolving.

How to claim your Betfred welcome offer right now

In order to be eligible for your Betfred welcome offer follow these simple steps:

Terms and conditions for the Betfred free bets welcome offer

This bonus consists of 50 Free Spins.

Terms and conditions for the Betfred 50 Free Spins Casino Bonus

New customers only. Customers must deposit and/or transfer a minimum of £5 into the Poker wallet to qualify. The bonus will expire one month after crediting. The £5 Pokasino bonus must be wagered 10 times (equal to £50). Please see full terms. Terms & Conditions Apply.

Any other withdrawals made using alternative methods incur a 2% fee.

New customers only. Customers must deposit and/or transfer a minimum of £5 into the Poker wallet to qualify. The bonus will expire one month after crediting. The £5 Pokasino bonus must be wagered 10 times (equal to £50). Please see full terms. Terms & Conditions Apply.