The Nations League is back. The latest high intensity international tournament that has competitive matches throughout every tier. One reason why Betway is pulling out all the stops for the Nations League right now!

Nations League Matches you can bet on right now!

The Nations League returns to us in early September 2020 with a massive amount of fixtures being played. Here are some of our top picks where you can find any number of odds to suit your bets. 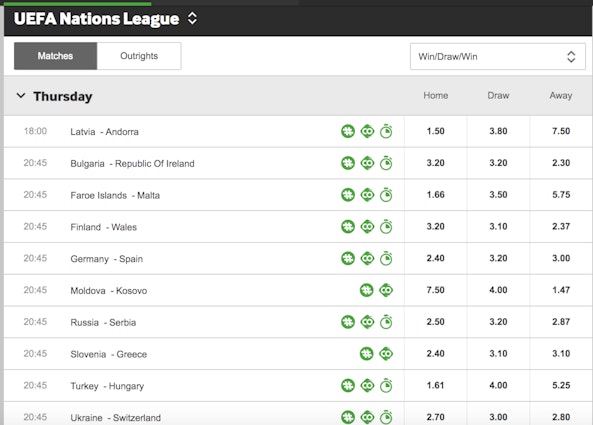 Bet Builder (#betyourway) and cash out markets are clearly displayed next to odds so you know what to choose for what you want!

Betway have long been known for their excellent coverage of the biggest leagues in the world and it doesn't just stop short at club football.

The Nations League is given pride of place on Betway's sportsbook to keep you in the mix during the international break!

One of the things we love about Betway is the versatility they offer in their odds coverage. Perfect when you've got a massive amount of Nations League matches coming thick and fast over every round.

Almost every market on offer can be chosen to build your own bet whatever match great or small!

New UK customers only. £10 Min Deposit. 100% matched free bet on your first deposit of £10. 1 x wagering at odds of 1.75+ to unlock Free Bets. Debit Card & Paypal deposits only. This offer is valid for 7 days from your new account being registered. Full Terms apply.

Reasons to get excited about the Nations League

The Nations League is specifically designed to get us all excited about international football again. 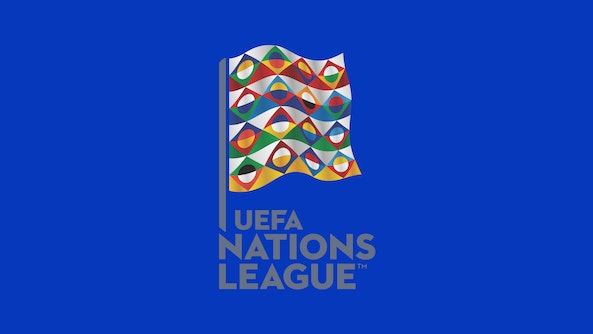 No more boring friendlies, the Nations League pits teams against each other who are ranked at the same level which means:

Organised into 4 different leagues based on a country's international ranking. Finishing bottom of your group means relegation, while finishing top will see your team promoted with the chance for the very best to win silverware.

Claim 10% Cashback on your IPL In-Play Bets with Casumo!

Casumo are offering all players who register a new account the chance to claim a fantastic 10% cashback for their IPL bets! Read more