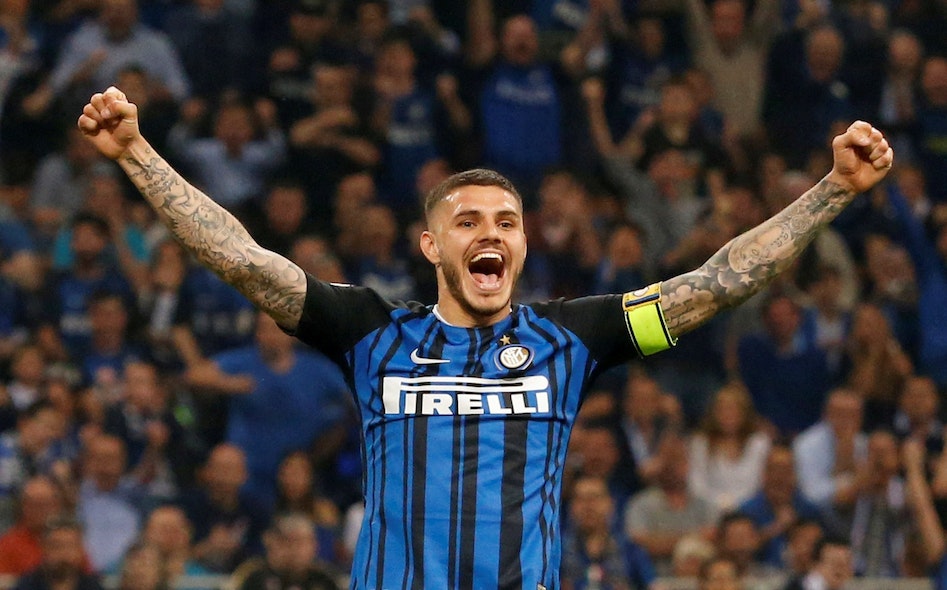 The Serie A season is kicking off at the weekend and here at BetBlazers we've cherry picked the best outright odds going into the Serie A 2018/19 campaign. There's value in those odds!

Serie A is about to get the boost it’s been waiting for and there’s plenty to get excited about as we go into the new Italian football season. Serie A hasn’t been this turbo-charged for some time, and we’re not just talking about the arrival of a certain Portuguese onto the scene.

A whole host of teams are looking to close the gap on the Old Lady of Turin for the Serie A 2018/19 season and have made welcome additions to already cemented squads. The likes of Inter, Roma and Napoli aren’t going to lay down and die. They’re after it.

No wonder Juventus are stand out favourites to take this season’s title. They’ve broken records with their seventh heaven streak of Scudetti that they sealed the previous season. They gave their fans a fright though, nearly slipping up to Napoli. But it was the Napoletani who eventually gave up the ghost to their hated northern neighbours.

Not at all bad for a straight shot

Now Juventus are coming back stronger than ever. They’ve lost their keeper Gianluigi Buffon who’s had legendary status conferred on him, but they’ve got solid replacement in Polish international Wojciech Szczesny. On top of that they’ve bolstered their squad in all areas of the pitch, with the permanent signing of Douglas Costas in attack and the arrival of Cristiano Ronaldo. Then there’s Emre Can from Liverpool in central midfield and Leonardo Bonucci coming back to Turin from AC Milan.

The odds aren’t much to shout about for Juve, with the market staying pretty solid around 2/5 (1.4). You can get slightly better odds with Ladbrokes or William Hill at 4/9 (1.44), and if you’re a new customer you’ll be able to claim fantastic sign-up offer of a £50 free bet (Ladbrokes) or £30 in free bets on a first bet of £10 (William Hill).

Not at all bad for a straight shot, and you can bet the odds will drop even further if they get off to a roaring start.

The pessimists would’ve said it was already done and dusted before the arrival of Cristiano Ronaldo on Italian soil, but there’s still joy to be had in the market. With the exception of midfielder Jorginho, Napoli have kept their side in tact.

They will be definite title challengers this time round

Many will point to the departure of Maurizio Sarri who has steered Napoli to two consecutive second place finishes. But Ancelotti is even more experienced, with domestic Italian honours and European honours lined up behind him. What’s more Napoli have been building a solid side, and with Ancelotti’s tenacity under pressure, and important lessons learned from last season’s near miss, they will be definite title challengers this time round.

The bookies are so certain on Juve they’ve got second favourites Napoli at around 6/1 to take the Serie A title. We’ve found odds of 8/1 with bet365 to be even better, and come what May if they pull it off you’ll be laughing all the way to the bank.

Roma had an impressive campaign both domestically and in Europe. They managed to see off Barcelona in the quarter finals of the Champions and to seriously challenge Liverpool in the semis, all the while finishing in the top four in Serie A.

If the new signings click then Roma are on

This was achieved through a strong core side that has been kept largely in tact, with the exception of Radja Nainggolan in midfield, and to a lesser extent, keeper Allisson departing for Liverpool. The Giallorossi have made impressive signings with the likes of Justin Kluivert and Javier Pastore coming in. If the new signings click then Roma are on.

The bookies don’t seem sure where to rate Roma and Inter’s chances at the moment but we’ve found odds again with bet365 at 9/1 that are a little ahead of the curve. You’ll find the same odds with Paddy Power and Unibet, but if you don’t already have an account registered with any of these sites, we strongly recommend you check out our bet365, Paddy Power and Unibet welcome offer bonuses to boot.

Inter have spent big over previous seasons but have failed to impress. Once again they’ve improved on an already impressive squad, and with coach Luciano Spalletti honing in on what it takes to make the difference in the league, it could be Inter’s year. The arrival of tried and tested Radja Nainggolan from Roma, as well as further strengthening in defence and attack will see them stronger than ever. Odds of 8/1 with either Betway or 10Bet will see a great return by the end of the season if Mauro Icardi’s men get it right.