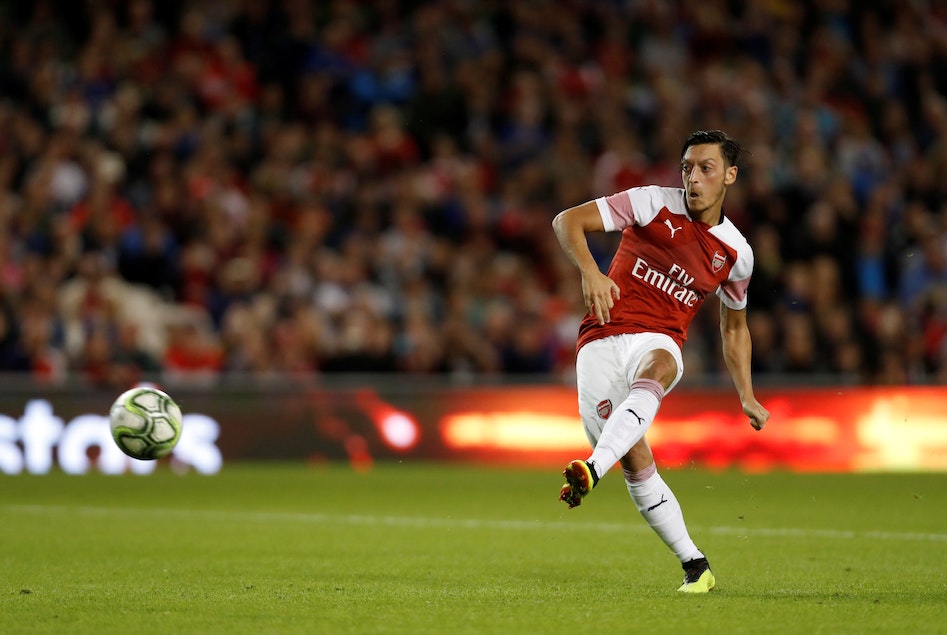 The 2018/19 Premier League season is nearly upon us and although it’s been the shortest preseason in living memory, it’s still felt like an age and we can’t wait to get back to the greatest football league competition in the world

Surprise, surprise, Mourinho has been moaning in the media again. The Man United manager has been left frustrated by the lack of availability of his first team players following the World Cup and the lack of business done in the transfer market.

Both United and Leicester will want to start the season off with a bang, and despite Leicester bringing in players to counteract the loss of star man Riyad Mahrez to Man City, it still feels like United on home turf have a lot more going into this.

That may or may not come as surprising news to Jose Mourinho, but the odds are low across the board for a United win. Our man Johan has found a little more value by betting on a United win and under 4.5 goals being scored in the match.

For their stature both teams have some considerable firepower. Fulham have held on to Serbian ace Aleksandar Mitrovic, teen sensation Ryan Sessegnon and have recently acquired German World Cup winner André Schürrle.

On the other hand Palace have Christian Benteke and Wilfried Zaha to propel them forward, with master tactician Roy Hodgson in the dugout.

Despite the bookies backing newly promoted Fulham, our ace Johan reckons it’s going to be a Palace win. And why not? After all Fulham can’t expect to waltz into the Premier League that easily.

Pick of the Premier League Promos

Betfair are kicking off the first Super Sunday of Premier League action with an odds boost of 25/1 on Liverpool to beat West Ham. Liverpool are looking stronger than ever with a successful preseason’s transfer spending done and dusted. Odds are up over 2000% from 2/9. If you don’t already have a Betfair account, now’s the time to get involved!

Meanwhile Coral have come out with a few crackers for the Premier League kick off. If you don’t already have a Coral account you should be eager to snap up an offer of 28/1 boosted odds on ANY TEAM to score in the Arsenal vs. Man City match on Sunday, kicking off at 16.00 at the Emirates in London.

BOTH OFFERS ARE LIVE RIGHT NOW!