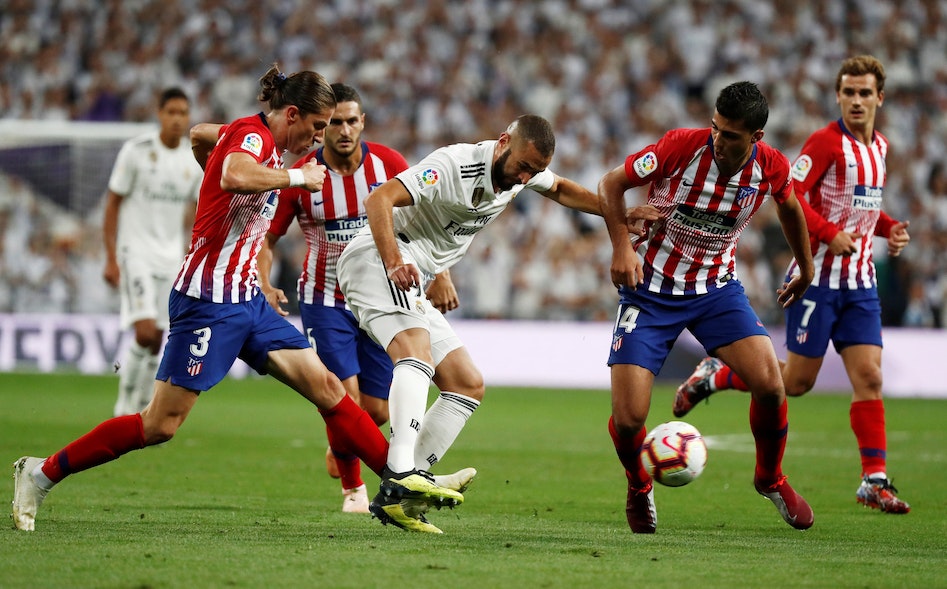 After a high-quality El Clásico, we look forward to the Madrid derby.

Where can I watch the game? Eleven Sports.

These games have been close affairs in recent years. Interesting that the last three La LIga games between the two Madrid teams have ended in a draw with only two goals scored in these three matches.

This game looks set to be a close one. They have drawn the last four games in La Liga and it is an in-form Real Madrid who will travel to an Atlético Madrid who have an impeccable home record this season.

Atlético Madrid lost to Real Betis in their last match. Their three defeats this season have all come on the road. They have kept a clean sheet in seven of their last nine home matches. Atlético Madrid's game have not been goal-fests by any stretch. Twenty-two of their games have ended with two goals or less scored. They currently sit second in the league; Real Madrid are third.

Since Real Madrid's defeat to Real Sociedad on the 6th of January, they have gone on an unbeaten run of nine matches. Only drawing once (1-1) to Barcelona in the Copa Del Rey first leg last night.

Godin is expected to be declared fit for Atlético this match after coming back from injury. Morata, on loan from Chelsea, is also expected to play.

Dani Carvajal and Raphael Varane are back from suspension to shore up Real Madrid's defence. With Vinicius Jr and Lucas Vazquez deployed on the wings it looks like Bale will start on the bench.